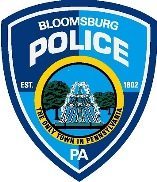 by Elise Hughes
Comments are off

The Town of Bloomsburg Police Department would like to remind all motorists that State Route 487 between East Main Street and the Susquehanna River will be under construction until the fall of 2022.  The construction project and the change in traffic patterns are the sole responsibility of PennDOT.  During this period, there will be detour routes in place requiring all motorist to be aware of new traffic patterns.

Additionally, there are signs posted in various locations indicating the detour route for traffic using SR 487.  Motorist who intend to travel SR 487 must follow the detour as indicated by the posted signs.  The exception, as noted on the posted signs, is local traffic.  Local traffic is traffic needing to access the immediate area.

The Bloomsburg Police have been receiving numerous complaints of a large volume of traffic utilizing our narrow residential streets to avoid following the posted detour.  This excessive traffic is a safety and quality of life issue for the residents living in these neighborhoods.  Motorist need to be aware that failure to follow the posted detour can result in a citation for “Failure to Obey Traffic Control Devices”.  The fine is $150.00 plus additional court costs.

Speeding complaints have also increased.  The speed limit on Bloomsburg residential streets is 25 miles per hour unless posted otherwise.  Bloomsburg Police Officers will be engaging in extra patrols to address the numerous traffic complaints we have received from residents.  We ask that all motorists slow down and take a few extra moments to be aware of the changes to traffic signs and traffic patterns in the Town of Bloomsburg.